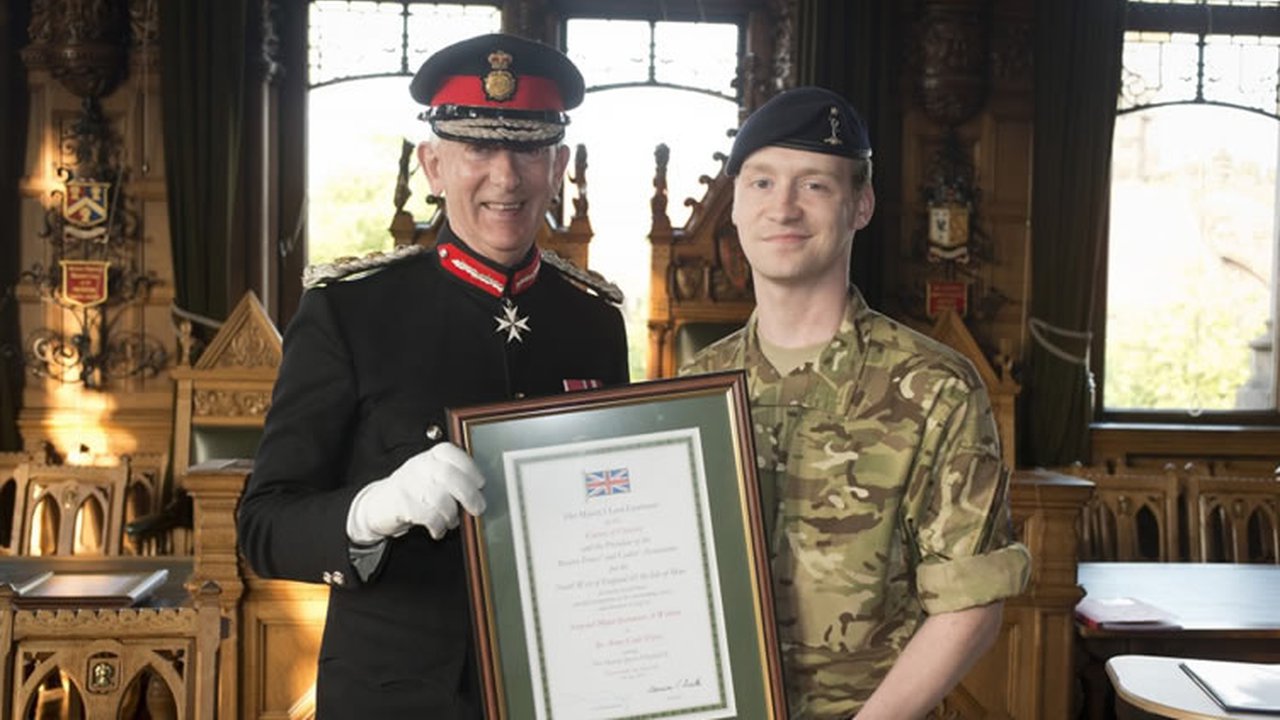 This week Andrew Webster, part of the Interactive Learning Technology team, was awarded Her Majesty’s Lord-Lieutenant’s Awards for his service with Cheshire Army Cadet Force.

He joined as a cadet in 2001, becoming Cadet Company Sergeant Major. In January 2006 he enrolled as an adult volunteer, making rapid progress and achieving Sergeant Instructor the same year. Alongside his primary duties of adult and cadet training, Andrew has taken on additional voluntary duties: he has been instrumental in supporting the formation, administration and training of the Corps of Drums for the last two and a half years. The Corps of Drums has demanded a huge amount of additional time, especially since the Corps often undertakes public performances.

Previously, Cheshire Army Cadets had no experience in this field, no equipment and nowhere to play. Sergeant Major Instructor Webster generated the interest, liaised with County and Company staff to secure a practice location and found the time to instruct the Cadets, some of which had never picked up an instrument before. The Corps of Drums is now a successful group and increasingly sought after to perform at community events across the County.

I was really surprised when I heard I’d been nominated for this award, and really appreciative of the recognition. I’ve been involved with Army Cadets since I was 13 – it’s a part of my life. I wouldn’t be where I am today without the experiences I’ve been able to have.

Total People would like to wish Andrew the very best of congratulations for this achievement.